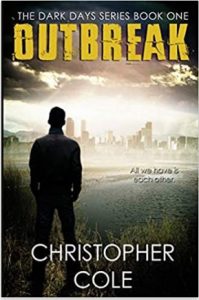 Cities are bombed out ruins and wilderness is humanity’s new home. The undead roam the earth, and the new world order is about the struggle to survive. Sonny Daniels begins an emotional and physical journey of personal survival and protecting those he loves.

While survival is a constant struggle, Sonny’s most desperate fight is the struggle preserve some semblance of a compassionate soul. Sonny and his parents are caught in the zombie outbreak in upstate New York. After the passage of the first year, their base is attacked by bandits and their safety has again been compromised. Fearing for their loved ones, Sonny’s parents send him and his orphaned childhood friends, Ashley and Carrie, to Fort Denver Colorado on a military plane.

When Fort Denver is overrun with zombies, the three are alone in a zombie infested wasteland without the army’s protection, forced to rely upon one another and a handful of equally desperate survivors they encounter along the journey. Sonny is determined to do whatever it takes to protect Ashley and Carrie while finding a safe place to call home, but survival can force you to make dark decisions.

In Outbreak (The Dark Days Series) by Christopher Cole, Sonny Daniels and his friends are forced to grow up fast when the world becomes infiltrated by a deadly disease that turns humans into man-eating zombies. Outbreak is well-written, captivating and so thrilling it had me on the edge of my seat from start to finish. It follows a fascinating, original storyline with exhilarating narrative, unique characters, and imaginative, vivid and detailed scenes.

As more news channels continue to report on the strange global disease, Sonny’s parents become more concerned. Soon after, military trucks begin to evacuate the uninfected people. Sonny’s family and their friends embark on an uncertain journey to Fort Drum. Their journey is cut short by massive explosions and harrowing attacks. People are running in frantic attempts to escape menacing zombies which are tearing apart people’s throats and turning their victims into more monsters. To save his family, Sonny’s dad shoots down a zombie, which marks the beginning of Sonny’s first close encounter with death. Each day turns into another struggle for survival and each moment, a trial of resilience and courage.

Beyond the frightening external chaos, Outbreak reveals the inner conflict within Sonny who is forced to kill to protect and survive when he and his friends, Carrie and Ashley, are separated from their guardians. Despite the frustrating circumstances, Sonny continues to display unbelievable leadership, courage, and empathy, which makes him an inspiring main character. Carrie and Ashley also display bravery and strength. The work further interweaves its gripping storyline with themes of friendship, love, and sacrifice. Some characters give their lives for the survival of others and survivors in teams work together to protect each other. When loss, uncertainty, and desperation test their unity and trust, some friendships break while others are formed.